Not long ago, I received an email that hit me like a brick through a plate glass window.

It was sent to me by a guy named Eivind Figenschau Skjellum.  He runs Masculinity-Movies, a website that takes a look at all your favorite heroes in your favorite movies.

“Over the course of a life, there are a handful of movies that come to have a particularly deep impact on us…

“For me, Braveheart was one of these movies.

“I was 17, insecure, and struggling with the challenge of my emerging manhood. (though I didn’t yet realize it).”

Did those words hit home!

You see, when I was 17, I had a movie just like that, too. Just like Eivind, I was 17. I was insecure. I was struggling with the challenge of my emerging manhood.

You know when a movie that changes the course of your life comes along, it is a magical experience.

For me, that movie was Dr. No.

The Story Behind The Story

For me, Dr. No was one of those movies that had all the perfect qualities…

Sean Connery gives a killer performance as the man who’s licensed to kill, Jack Lord from the original Hawaii Five-0 provides backup, Joseph Weiss is a show-stopper as one ego-maniacal bad guy…and of course, Ursula Andress plays the Best Bond Girl the series has ever known.

These guys didn’t just give a performance in this movie.

They gave me a way of life. 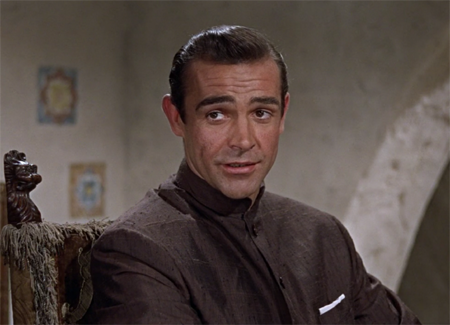 When you are 17, a lot of things in the world don’t make sense…especially for a guy. You’re not a kid anymore, but you’re not an adult either. What makes it worse is a world that is short on masculine role models…

Role models to give young guys an ideal to live up to.

007 is the best. Nothing scares him. Nothing phases him. He has no anxiety, he has no fear. Bad stuff happens to him all the time, but he stays calm and rolls with the punches.

“Rolls with the punches” isn’t the right way to describe it…when something bad happens to 007, he acts like it is nothing. He actively looks down on the bad guys and bad situations happening to him…in the worst situations, he is convinced his victory is inevitable. He has an unshakable faith.

When I saw Sean Connery in action like that, I knew that was the way I wanted to live my life. 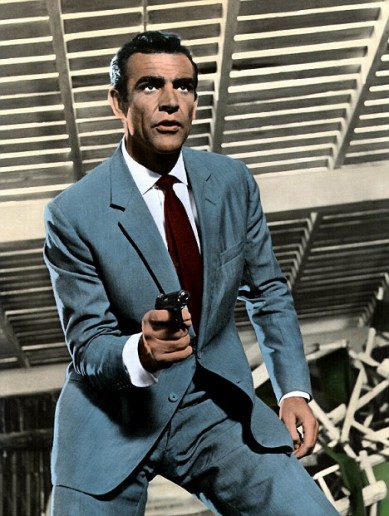 Since seeing that film, I have noticed that whenever you believe your victory is inevitable…when you look down on your biggest problems as if they are the losers and not you…you always win.

Whenever you make your biggest problems and challenges out to be horrific, whenever you start to believe you have a real chance of loss…when you look up to your problems as if they have already won…well, then you lose.

That unshakable faith in your inevitable victory, that you are always a winner even when you are losing, is what fuels your comeback.

It is like the gasoline that goes in a truck…you can have the most beautiful 4-wheel drive flatbed out there, but if there is no gas in the tank, it is not going anywhere.\

The Spy Who Taught Western Civ

Socrates said that Endurance was a big part of being tough. Thomas Aquinas said that being tough is about Endurance and Daring, but Endurance is what fuels Daring to knock out your trouble. Mike Tyson said “Everybody has a plan until they get punched in the mouth.”

But he gave better than he got every time.

You see, Endurance (or as we would call it today, Resilience) is that unshakable faith in your inevitable victory, that you are always a winner even when you are losing.

When a guy sees that he’s given you his best punch, and he sees you act like it is nothing…like you have given him the black eye?

Boy, that sure scares the daylights out of your opponent.

He’s a hot mess…and you’re at peak power to deal the knockout blow.

Dr. No changed the game for me.

Do you have your own Dr. No? That movie that shook up your life and set you on the path you are on today?

If you don’t, go grab a copy of the film that got the Bond Boom going…it just might change the game for you too.

1 thought on “The Movie That Changed My Life”